A father sent his daughter lovely flowers because it’s her 21st birthday — after five years when he passed away. This time,  she received a bouquet with a note.

The young woman is Bailey Sellers, a student at the East State University located in Tennessee. She shared on Twitter about what she feels upon receiving the last installment of flowers that her father pre-pays to continue until she reaches the age of 21.

“My dad passed away when I was 16 from cancer and before he died he prepaid flowers so I could receive them every year on my birthday. Well this is my 21st birthday flowers and the last. Miss you so much daddy.”

The bouquet was filled with purple and white flowers delivered two days before her birthday which was last November 26. In the bouquet, there comes a note that reads:

“Bailey, This is my last love letter to you until we meet again. I do not want you to shed another tear for me, my baby girl for I am in a better place. I will still be with you through every milestone, just look around and there I will be.” 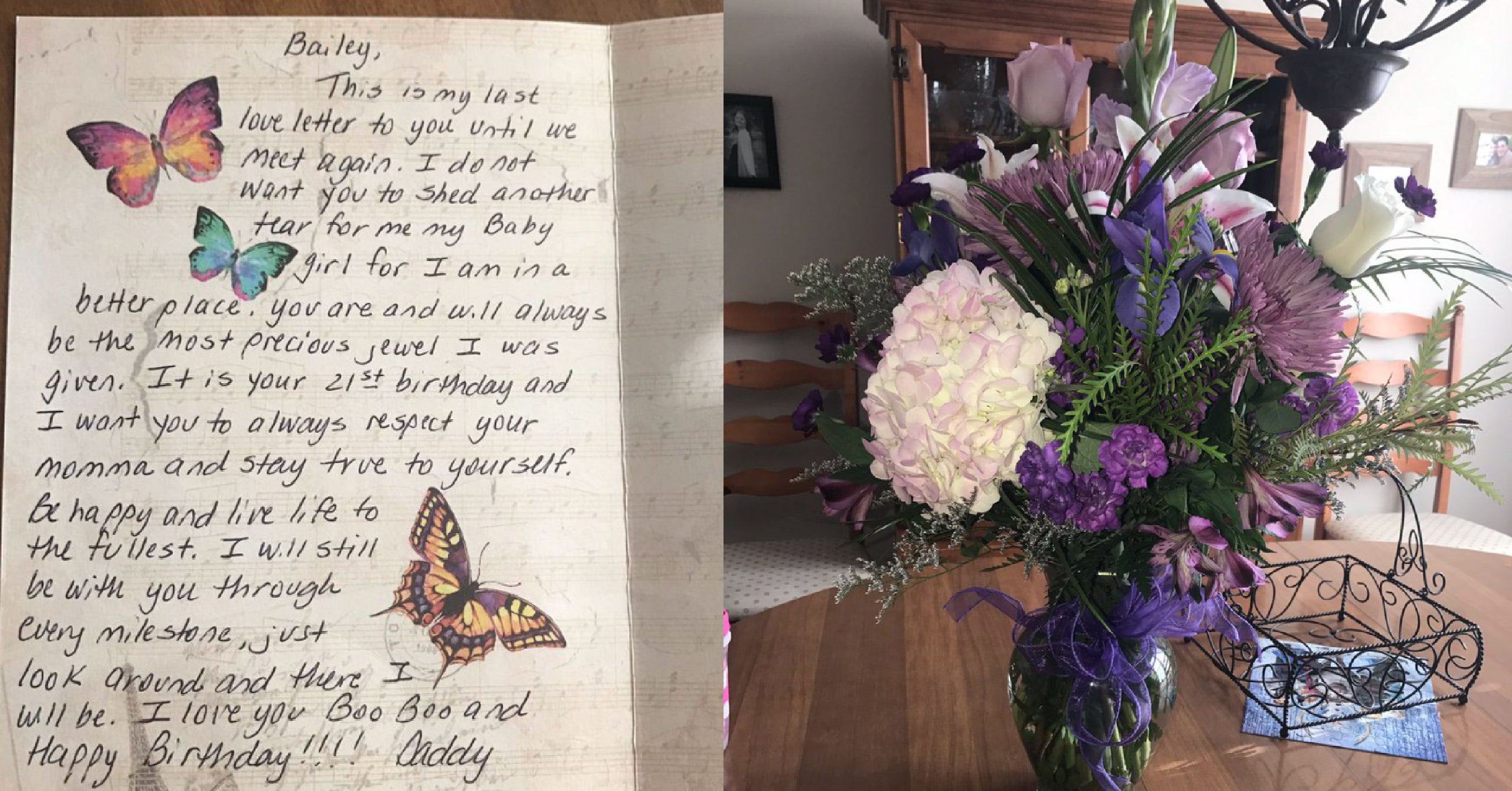 She also posted an old, sweet picture when she was just a kid while she’s sitting on her father’s shoulder along with the flowers and card she got.  This emotional post drew attention from netizens which garnered more than 1,492,198 likes and 370,517 retweets.

According to The Independent, Bailey’s father was identified with stage 4 pancreatic cancer last 2012. Six months later, he died. At the time of diagnosis, Bailey was just a sophomore high school, says ABC News. As the youngest child, she opted to be homeschooled so she can take care of her dad.

Her dad also prepared surprises for older siblings as per her Kristy, her mother. They all have an embroidered hanky that he prayed over prior to his death. Based on the reports, Michael requested his daughters to utilize these hankies on their wedding bouquet once they get married.

Other than that,  he requested as well his wife to say Bailey’sfuture significant other to send her beautiful flowers on her date of birth every year ‘in remembrance of me’